Every month I post a quick summary about the events that happened in my life and also what changes there have been in my portfolio. I hope to brush up my writing skills also in English and please forgive me for any mistakes I make with my writing.

During the last week of September, we made a trip to Stockholm, Sweden from my home town Porvoo in Finland. The trip was a welcome break from the day to day routines we have. It also meant that I spent more money than usual during the month, but I think that’s perfectly okay when I get to eat and drink well and see new places.

I haven’t been in Stockholm for many years, so it was nice to go. During our visit we went to this sightseeing tour in a bus that could also go into the water. So, it was an amphibious bus (!) The crew of the bus had a sense of humour when they played music from the motion picture “Titanic” just before the bus was going to drive into the sea.

To my surprise the bus did float and there weren’t any noticeable leaks either. I think it was a great way to see downtown Stockholm from land and sea!

We also made a few visits to the restaurants in Stockholm. One was a Japanese restaurant and the other had great beer and pizza made in a real pizza oven.

I had a little trouble sleeping during the trip but otherwise it was a great success as Borat would say ?

The biggest change I had in my portfolio was the purchase of JD.com, a Chinese retailer and an e-commerce giant. The stock has fallen steeply this year and is down about 50% from its ATH price. The reason for the fall has been the trade war between US and China. And lately the stock has fallen because the CEO of the company had been arrested in Minnesota and was accused of rape. This has created a bit of a storm for JD.

Is the company worth half the price it was early this year? I believe the stock to be undervalued at this point and that’s why I purchased some to my portfolio.

I like JD.com’s tech side. They seem to be moving forward with the automation of their warehouses. They are developing their vast logistics network in China and they also have a plan in place to rapidly increase their offline stores presence.

Other purchases were Verkkokauppa.com, another e-commerce company, only slightly smaller than JD.com ? and Qt Group also from Finland. I plan on writing about these companies in another post.

How was your September? Have you made any purchases? Thanks for reading! 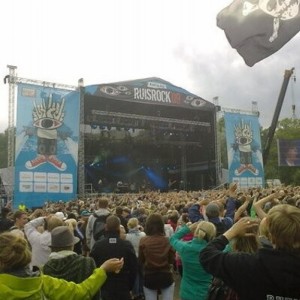